What I learned from Etty Hillesum 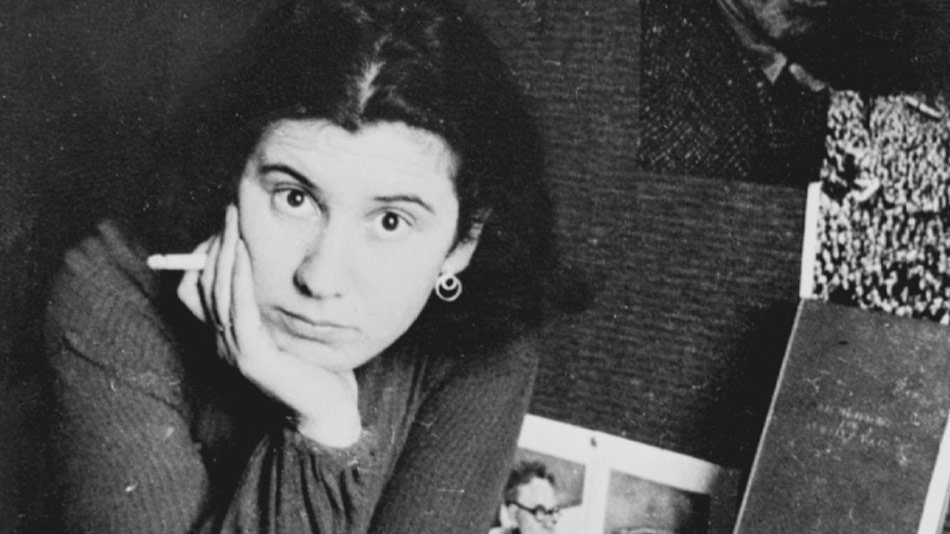 I’m struggling to start writing this piece on Etty Hillesum’s diaries from the years of 1941 to 1943. I’m struggling because the horrors of that time are inconceivable to me and because I fear that nothing I could write could do justice to that.

My hesitation stems partly from my writing as a non-Jewish German, my awkwardness around identity politics (I believe that we are all humans and I long for a world in which we can all see through the skin colours, genders, sexual orientations, religious beliefs, status, money, and so on – I know that we are far from it), not wanting to write something that someone could perceive as ignorant, insensitive, or hurtful.

The other part of my hesitations stems from Hillesum’s own writing. Hillesum does not concern herself in describing much detail of the deteriorations of daily life for Jews. It is only in her letters from Westerbork, a transit camp from where nearly 100.000 Jews, Roma and Sinti, were deported to concentration camps elsewhere (mostly Auschwitz and Sobibór), that I got a glimpse through her eyes on the hell she and so many others were living. In her diaries, she focuses on her inner life. In these two years, Hillesum experiences an astounding personal change. At the beginning, in 1941, she describes her inner life in a way that stangely resonates with how I might describe my own sometimes:

“I want something and I don’t know what. Again, I feel caught up in a great restlessness and anxiety of research, everything is in tension in my head. Deep within myself, I am like a prisoner of a tangled ball of yarn, and with all clarity of thought, sometimes I am nothing more than a poor frightened soul. Sometimes I feel just like a rubbish bin; I am so murky, full of vanity, without determination, and with a sense of inferiority. But in me there is also honesty, and a passionate, almost elementary desire for clarity and harmony between external and internal”.

Compare that to this later entry in July 1942:

“Well, I accept this new certainty: they want our total annihilation. I will no longer bother with my fears, I will not be bitter if others do not understand what is at stake for us Jews. I continue to work with the same conviction, and I find life equally rich in meaning”.

Within one year, Hillesum develops an inner clarity that enables her to decide without any regrets or doubts to “bear the destiny of the Jews” (this is not a quote, but she uses these words in various passages) as one of them – rather than making use of her many connections to try to escape or hide. She spends the months before being called to Westerbork to grow that inner clarity: love and peace – so that she can awaken love and peace in all those she would be encountering on her journey to death.

As a young woman of 27 who grew up in a non-practicing Jewish family, who lived quite the Bohemian life in Amsterdam (intellectually, emotionally, and sexually) and who often experienced herself as restless, Hillesum followed her “desire for clarity” with a determination that I admire. She met Julius Spier, a German-Jewish psychoanalyst, with whom she first entered an analyst-patient and later a romantic relationship. Spier, as she wrote, “mediated” between her and God. Through him, she learned how to pray, and it became her mantra “to be a constant prayer”. Thus, her diary entries become more and more like prayers themselves.

I project on Hillesum’s earlier self my own scepticism and unfamiliarity with religious faith and practice. I believe that I resemble her in this regard. However, reading about her understanding of “God” (the love and peace she has within herself and that she seeks – and often finds – in every human being, even the camp guards) and her experience of prayer (cultivating this love so that it gives her boundless strength to share with all those who are suffering beside her), made me realise that I, too, have experienced what she calls “God”, at least to some degree. I believe, we all have.

Hillesum’s “God” is what, again and again, emerges in empathy processes in NVC trainings and practice groups. It is what shines through when someone is ready to meet their own vulnerability with an open heart and when that vulnerability is held with kindness and care. Then we become able to forgive ourselves and each other for our judgments and weaknesses. The energy that arises from this kind of compassionate work is our guide through fear – to a place where we are connected with ourselves and each other.