LinkedIn story – Or: An example of online networking 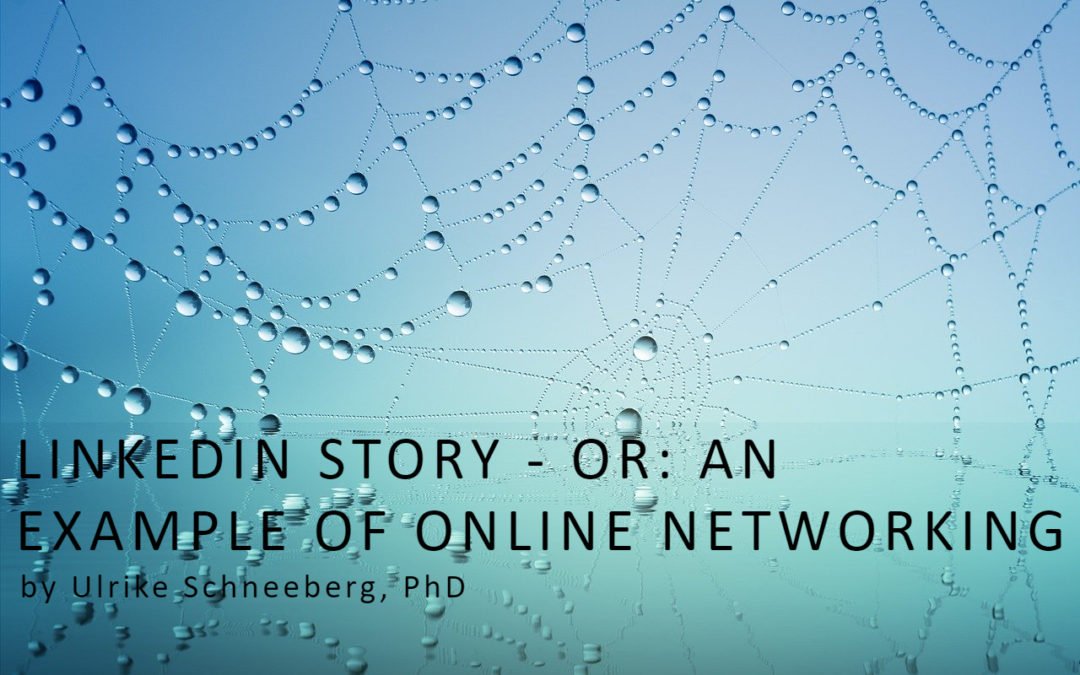 Kris Jack, whom I didn’t know until yesterday, sent me a message request to tell me about his company: https://smarttribe.io/ – (It provides a great service to researchers who want to move to industry by connecting the two with an appealing profile of the researcher, including “Blitzcards” (I love the idea, but see for yourself!) and providing a mentoring service that seems truly amazing.)

His spirited initiative made me once more think explicitly about the process and potential opportunities of online networking. So here are a few observations I would like to share with you. It’s unlikely that you’ll find any revolutionary insights, but I always find that learning from an example is more rewarding than from theoretical step-by-step instructions, don’t you?

Kris’ message was quite long and at the same time carefully crafted. That is something that made him stand out. Usually, people only send contact requests (not message requests*) without any message. So, the lengths of his message and the details were definitely a plus in my eyes. Further, Kris seemed to take a genuine interest in my opinion – despite the fact that (or because?) we have never met, on- or offline. So, although it was clear to me that the purpose of his message was to promote his company, he was also actively asking for my interest in the subject of career paths for PhDs. As a result, I felt acknowledged and involved. And now, I have a new contact with an exciting company that has already sparked lots of inspiring ideas…

Kris contacted me because I posted something in the Career Networking Group on LinkedIn that he saw. That is the short version.

The longer version is more interesting, because it will give an answer to all those who are asking themselves what they need to do and how long it takes in order to create a meaningful online network.

Join my email list and create the best possible match with your future profession - even if you think you don't have any of the required skills.

HERE IS WHAT I DID

(and there is so much more I could do! – I’m curious about your additional ideas and stories in the comments!):

HERE ARE MY LEARNINGS AND RESULTS TO DATE

And yes, of course, you can create content that is relevant to your desired professional field without having a blog. You don’t need to be self-employed or a freelancer. There are lots of stories about people who have found their future employer or gained more expertise in their field via LinkedIn.

What are you waiting for? Come and see me on LinkedIn! Connect! Find your crowd!

Join my email list and create the best possible match with your future profession - even if you think you don't have any of the required skills.